Here are some examples of websites Doive Designs (aka Dave Burton) have built, some recent, some older. As you might expect, when we are busy we don't have time to update our portfolio of work, so our most recent website examples may not be here yet. However, you may find links to websites we have created recently on our Facebook or Google+ pages. 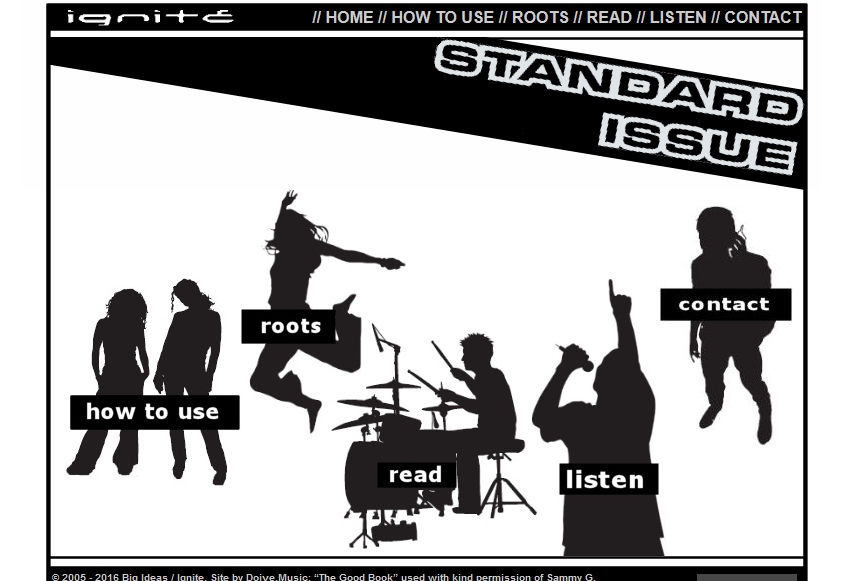 Standard Issue is a series of devotionals created by Cardiff's Dai Hankey as an aid for new Christians. In Dai's now characteristic black and white style, the site keeps it simple whilst also being as street as possible. This site is the most standards compliant as I have ever achieved. Launched in January 2008
www.standardissue.org.uk 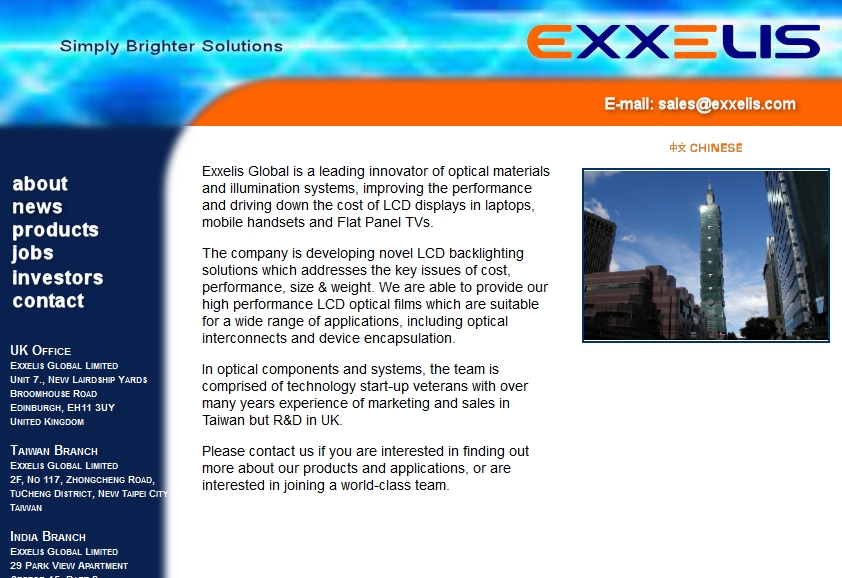 Exxelis Ltd design and manufacture flat panel screens based in Scotland but with offices in China and Japan. This site includes interactive drop down menus and a dynamic typewriter effect for the news. Since April 2007 this has included an entire Chinese version, with translations into Japanese and Korean expected to follow in the near future!
www.exxelis.com.